A podcast about the wonders of the universe and how science helps us illuminate our lives by discovering them together. A conversation about science as a creative activity at the heart of human culture. An attempt to bring science out of the ivory tower laboratory into the cafes and pubs and streets to be part of our cultural discourse.

Science: A Candle In The Dark

A podcast about the wonders of the universe and how science helps us illuminate our lives by discovering them together. A conversation about science as a creative activity at the heart of human culture. An attempt to bring science out of the ivory tower laboratory into the cafes and pubs and streets to be part of our cultural discourse.

Topic: With Darwin Day 2016 coming up, science historian Dr. Dawn Digrius talks to Dr. Madhusudan Katti to share stories about Charles Darwin, and how his work remains relevant to our concerns in 2016.

Topic:  Cities have become the primary habitat for most of humanity. They are also habitat for many other species even as we continue to fragment and destroy and disrupt natural ecosystems across the planet. How well other species manage to survive or not in our cities depends on how we manage the urban landscape, whether mindful of its impacts on wildlife or caring only for human development. Pedro Garcia, currently working with the California Conservation Corps, recently completed a masters thesis project studying the effects of human activities on bird species diversity and distribution in the Fresno-Clovis Metropolitan Area in California’s Central Valley. Here he speaks about how he found a connection with nature while growing up as an immigrant child in a California town, what he has learned about urban reconciliation ecology, and how it relates to his Native American heritage and his current work in conservation.

Topic: You may recognize this iconic tree of California and Arizona deserts the Joshua Tree. Perhaps because you’ve seen images, perhaps because you’re familiar with that rock album, or perhaps you’ve even seen these strange beautiful trees in person. But how well do you know Joshua Trees? Not as well as our guest Chris Clarke, a prolific writer and environment editor at KCET TV, who is also at work on a book about Joshua Trees.

9. A Biologist and a Sociologist talk about CRISPR! – #ScienceCandle 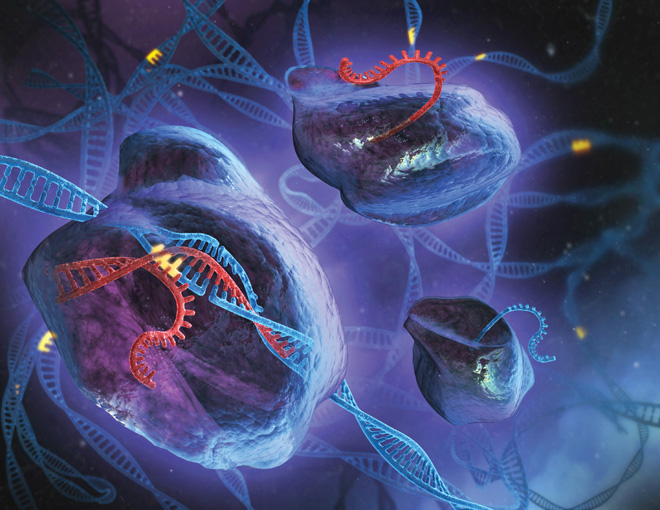 Topic: The new DNA editing technique called CRISPR has been much in the science news feeds lately because of its exciting and perhaps frightening potential to enable the editing of genomes at levels of precision that may very well exceed the imaginations of some science fiction writers of yore who wrote about brave new worlds. In this edition of the podcast, you’re in for a treat with, with two very engaging speakers getting into it on the topic of DNA editing and what it means for biology and humanity. The conversation ended too soon for me, as the 30 minutes flew by and both Tricia Van Laar and Andrew Rhys Jones left my head is still aswirl with questions I meant to ask them. For the first time I wished the show was an hour long instead!

8. Updates from the Autism Spectrum – #ScienceCandle

Science: A Candle In The Dark

Topic: During last week’s Republican Presidential Primary Debate, medical science made a rare appearance in the nation’s political media discourse, when Jake Tapper raised the question about appropriate schedules for childhood vaccinations. This was triggered by candidate Donald Trump’s reassertion of a new long-discredited link between vaccines and autism. The two actual medical doctors on the panel, Ben Carson and Rand Paul did dismiss the suggestion of such a link. But Trump went on to claim that we are actually facing an epidemic of autism in this country! What do we make of this claim? Is there any semblance of truth to this?

At the next Café Scientifique meeting, on Oct 5th, we will get some Updates from the Autism Spectrum, from my friend and our guest in this episode, Dr. Amanda Mortimer. Dr. Mortimer has a dual PhD in Psychology and Neuroscience from Indiana University. Interface between neuroscience and clinical psychology. She is also a licensed Clinical Psychologist. She is now an Associate Professor of Psychology at Fresno State. She is here with some Updates from the Autism Spectrum.

7: Fear and Learning in Science & Mathematics – Science: A Candle In The Dark

Topic: Are you afraid of science? Do you suffer from Maths Anxiety? And are you transferring some of these fears to your children, even as you are anxious for them to do well in the STEM (Science, Technology, Engineering, and Mathematics) disciplines? In this episode, neuropsychologist Dr. Amanda Mortimer from Fresno State helps us develop a better scientific understanding of how fear and anxiety affect our ability to learn and remember things, and what are good ways to address the anxiety triggered for so many by science and mathematics. Dr. Beth Weinman discusses how some of this developing understanding of learning and memory is being applied to improve the success of incoming Science majors in a new First Year Experience program in Fresno State’s College of Science & Mathematics. The program (in which Dr. Katti is a collaborator) is particularly focused on helping students who are from economically challenging backgrounds, from under-represented minorities, or are the first generation from their families to ever go to college – demographics which constitute the majority of students on our campus and indeed in the Central Valley. A better understanding of how the mind works for optimal learning should help these students break patterns of anxiety about learning science and mathematics which have held them back, and go some way towards addressing the leaky pipeline in developing a new generation of diverse scientists and science-literate citizens.

Have a listen, and do share any thoughts you might have about your perception of science and learning.

6: Humans and Nature in the City – Science: A Candle In The Dark 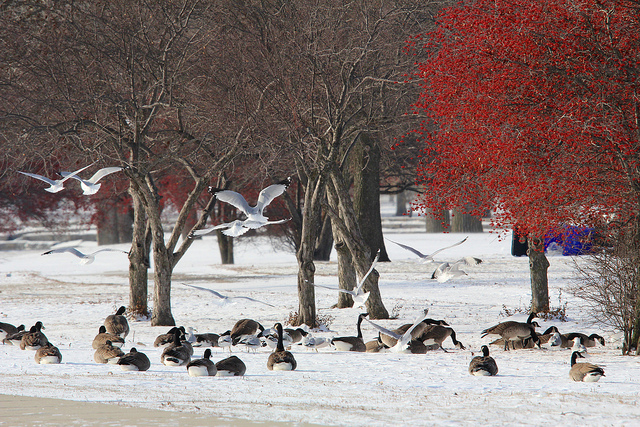 Topic: This month, while the Café Scientifique is on its summer break, we bring you a wide-ranging conversation about how humans interact with nature in cities, and how scientists study this human-nature relationship. As Dr. Paige Warren notes early in the conversation, Dr. Charlie Nilon, an African American ecologist, is a pioneer in studying ecology in the context of urban systems where humans interact with nature to determine the fate of biodiversity. Both Warren and Nilon have collaborated closely with Katti over the past 15 years in developing a better understanding of the factors that influence biodiversity in cities. This field, the study of how we humans shape our immediate (and distant) environments, and in turn, how other species respond to our actions, holds a key to the future of biodiversity on our urbanized planet. More importantly, access to nature, and some degree of control on our relationship with nature may also be crucial for human wellbeing in cities, as Dr. Nilon suggests in the second half when discussing the potential environmental correlates of the urban racial unrest in Baltimore and Ferguson this year.

Have a listen, and do share any thoughts you might have about how you relate to nature in your urban (or rural) environment.

5: Urban Ecology – Science: A Candle In The Dark 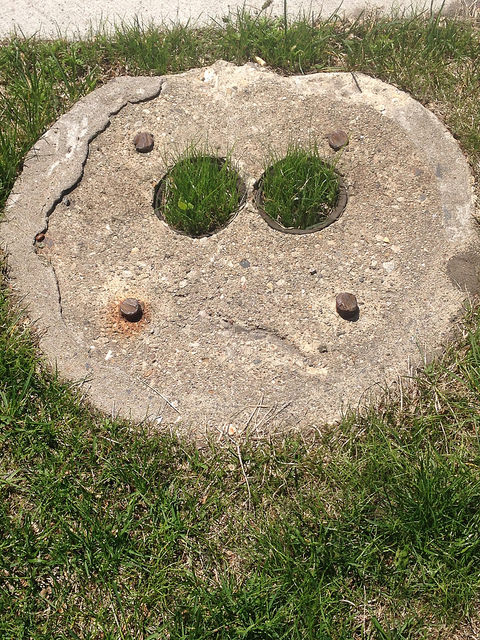 Topic: This special summer episode explores our growing understanding of urban ecology, of all the non-human species that inhabit and adapt to urban spaces, and what we can do in our own backyards to reconcile urban development with biodiversity conservation

Image: Grass breaks through concrete on an urban sidewalk in Chicago, © Madhusudan Katti 2015.

4: Exoplanets – Science: A Candle In The Dark

Topic: Four hundred years ago, Galileo pointed a simple telescope up at Jupiter and discovered moons orbiting around that planet. That was the first time any human had seen such a moon orbiting another planet, and it upended our entire conception of the universe and our place within it – a seminal moment in the history of the enlightenment. It took until just over two decades ago for astronomers to find a planet orbiting around another star. This episode features a conversation with astronomer Dr. Fred Ringwald, of the Department of Physics at California State University, about exoplanets, the possibility of life on some of them, and about the endarkening effect of US politicians refusing to look at facts and actively thwarting the study of our own planet for political reasons driven by short-term profit-seeking.

3: Biology through the lens of a high-speed camera – Science: A Candle In The Dark

Topic: Biomechanics applies principles from physics and engineering to understand how living organisms move and function as living machines. At the same time, an engineering perspective can be quite limiting in understanding how living systems evolve, because engineers are often focused on finding and designing optimal solutions, whereas evolution rewards solutions that are just good enough. Using high-speed cameras to observe and analyze in detail the too-fast-for-the-naked-eye-to-see movements of fish, and other small organisms—insects, carnivorous bladderworts (see image above)—Fresno State biologist Dr. Ulrike Müller studies how these tiny creatures seemingly defy engineering to move in remarkably efficient ways. Dr. Müller shares insights from her research, some thoughts on the silly creationist notion of intelligent design, and on structural constraints in education systems that limit the participation of women and other minorities in science. The interview with Dr, Müller is followed by a commentary by Dr. Andrew Rhys Jones on urban water policy and what social science tells us about human behavior in the context of California’s ongoing drought, and how science can inform policy during this crisis.

Note: Pardon the slight glitch in the recording where we were unable to capture the opening few seconds of the show, so it seems as if we are jumping into the middle of it – but its only a few seconds.

Play this podcast on Podbean App